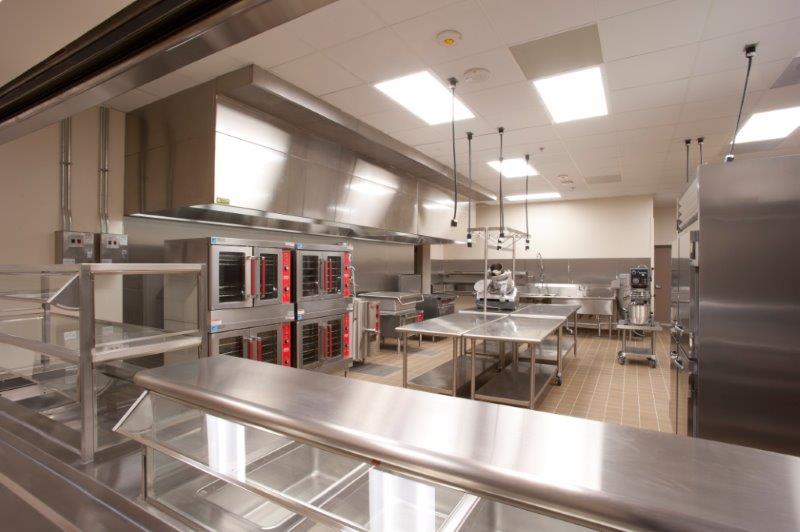 Oklahoma National Guard units in Muskogee, Eufaula, Pryor, and Stilwell will certainly enjoy their new home located on U.S. 64 south of Muskogee. The 125,000-square-foot facility is larger and totally modern, but the architectural style of the new building is surprisingly reminiscent of a 1930′s WPA armory. Although the nostalgic exterior may fool you, the new kitchen is 100% high-tech.

Bennett says, “This project was such a pleasure. The only small hiccup was an absent control sensor in the vent hood that was missed in the design phase. Oklahoma state law requires one, so we ordered a control panel and it was installed in two days. Problem solved. Other than that one little issue, the project was completed without any problems or delays.”

The kitchen project only took three months to complete, from start to finish. Bennett is looking forward to a new project with The Haskell Company, in Texas. Curtis Restaurant Supply is also the foodservice equipment contractor for the Armed Forces Reserve Center in Broken Arrow.